The annual bluegrass weevil (ABW) is a beetle of the weevil family and a pest of short-cut, highly maintained turf in the Northeastern and Mid-Atlantic regions. Damage often is first observed at the edges of greens and fairways with a high proportion of annual bluegrass (Poa annua). Most damage is caused by larvae, which may go unnoticed for many weeks. Significant damage from first generation ABW generally becomes obvious in late May or early June and often is mistaken for other problems. Damage from second generation ABW occurs in late July until early August. Evidence of ABW damage includes damaged stems, which can easily be pulled away from the crowns, and hollowed stems with sawdust-like frass (excrement), which is a key diagnostic feature. Older larvae may be detected by cutting into the turf and examining the area between turf and thatch.

An appropriate early-season damage threshold is 30-80 larvae per square foot, which decreases as turf is stressed. Monitoring methods include soap flushing the turf with a solution of dishwashing detergent (0.5 ounces detergent per gallon water) to force adults to the surface. Other monitoring techniques include black light traps, pitfall traps, and vacuuming adults.

In addition to chemical control, cultural management options should be considered, primarily converting from a susceptible turf species to one that has increased tolerance to ABW.  In Maryland, perennial ryegrass is resistant to ABW. Because ABW overwinters in pine litter and leaves, removing this material may help to reduce populations. Proper nutrition and irrigation often helps mask symptoms of ABW damage.

For more information on ABW biology and control in Maryland, see Biology and Management of the Annual Bluegrass Weevil. 2005. University of Maryland. 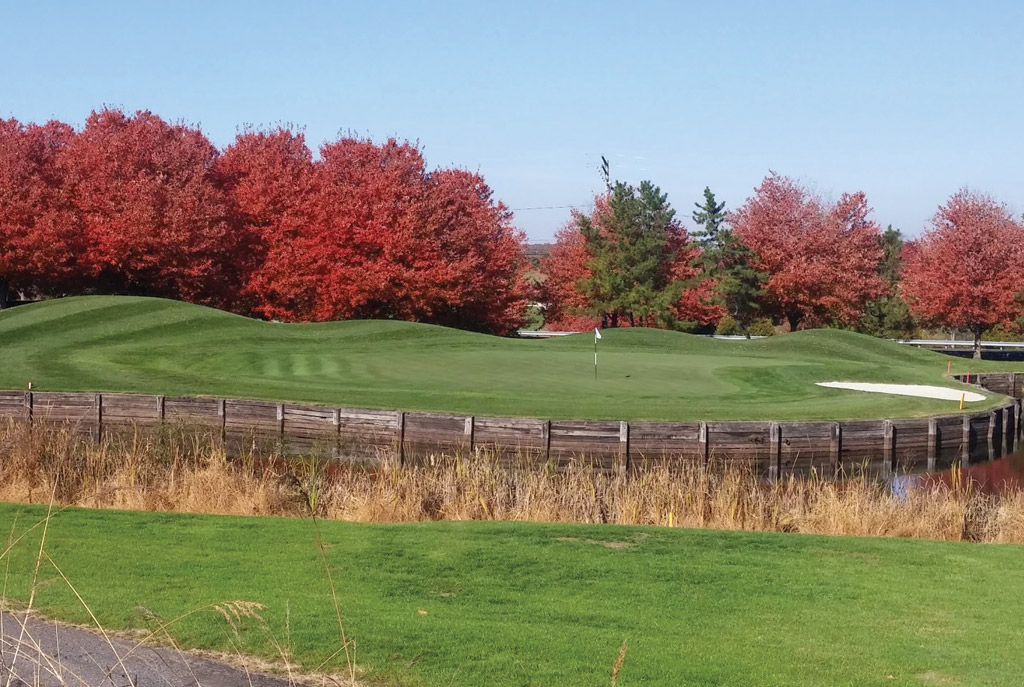